Monday to Friday ‬
Categories
Categories
Menu
Blog posts about this product
Buy DaVinci Resolve, and get the all new Speed Editor for Free! -Thursday, November 12, 2020

Blackmagic Design announced the revolutionary new editing tool, the DaVinci Resolve Speed Editor. This New editing keyboard works with the DaVinci Resolve cut page to create a new generation editing solution that’s dramatically faster! Plus with Bluetooth and an internal battery for connecting wirelessly (or you can connect via USB-C) this means it's more portable and convenient than a full-sized keyboard! You can get yours for free until the end of November when you purchase one of the two bundle options below. 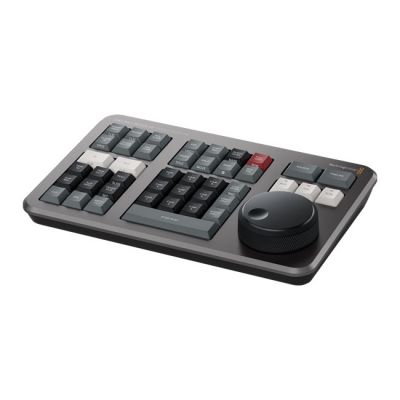 This promotion is only available while supplies last. Orders only ship complete.